In F1 even the story of an humble bolt contains emotions

Once upon a time there was…

“A pilot!” will immediately say my few readers.

No, my friends, you’re wrong. Once upon a time there was a piece of metal.

He wasn’t a whatever piece of metal, one of whom used to make paperclips, pins or staples, no, but he wouldn’t neither ended, what can I say, in an futuristic building designed by a famous architect or on a luxury cruise ship. He would become a bolt. An humble bolt. An humble bolt who didn’t know he was special. This is his story. (1)

Hi, my name is RB12–FS–0663-02 and I’m a bolt. If you stopped reading after “12” because the name seemed you too long, you had to know that you’re pushing an open door: I tried to explain it to the software which manage the central storage, my home, but he answered to me that “ … 0010001011111000 …” and, facing a circumstantial remonstration like this, insisting seemed worthless to me. If you want, you can find a name shorter and more friendly, what can I say: Johnny. Is a common name but, by the way, I’m only a simple bolt.

Hi, my name is Johnny and I’m a bolt. When I was a young piece of  rough metal, when, actually, I didn’t know what would I do, what would be my place on Earth, when, so – as you’re used to say about your human child – I wasn’t neither flesh or fowl yet, I heard many times repeating that an organized system who pursued a target is more than the sums of his single parts and that every single part contribute to

the achievement of that target not only with his inherent characteristics, but with this characteristics added together with the value of the interactions with the other parts. So, what on Earth would mean – I have always wondered – those muddle of words? They are abstracts, complicated, so far from the reality of a rough piece of metal who is waiting to know his destiny. I will be melted, lathed, milled, smoothed and, in the end, polished, this will be my reality and those will be the word which will concern to me.

One day, I was brought in a great and bright plant, which would become my home, in a place named Milton Keynes. I heard that Milton was the name of a poet and Keynes the name of an economist, a very bizarre juxtaposition, if you think about it; in addition, this plant belonged to an Austrian soft drink factory, who became famous as the sponsor of some extreme sports – crazy people on flying machines, crazy people doing motocross, crazy people competing in a soapball races … so, crazy things that entertain humans – and for two red bulls on his sign. Many others bizarre juxtapositions, in conclusion.

However, some people explain to me that that plant wasn’t a  soft drink factory, but a Formula One Racing Team. A young team who, in a few years, arrived to dominate the most important championship of motor sports, creating not only a winning team but also a stimulating environment where were brought up genial technicians and talented young pilots, to guarantee a permanent stay on top. Then, my friend, if you thought – wrongly, as I did – that some Austrians who use to make soft drinks cannot understand a thing about red bulls, never mind about car races, you made a big evaluation mistake. You can console yourselves because you’re not alone: some say that more of those who were wrong used to live in Italy, to dressed in red and that they overpaid their error.

To come to the point: at last, I would have known what would I do, what would be my place on Earth, so I was very excited. With me there were many others pieces of metal and also carbon fibers, electric cables, circuit boards etc. Ah, there was even my friend, the system software, obviously: it was he who explained to me that I would become a bolt, an humble bolt. What? Only a bolt? Are you kidding me? Before I arrived here, I was examined in all the way: weighted, sounded out, analyzed … they also took a sample of my body! A great pain in the neck, to be honest, at the end of whom I was given by the great news that I wasn’t a whatever rough piece of metal, one of those who will become paperclips, pins or staples, no sir, but an high quality and purity piece of metal, made with the most advanced technologies. I was, then, destined to a great future, as to become part of a skyscraper’s beam or of a cruise ship’s deck, so I believed – what a dreamer! – and now I was told that I will be transformed in an insignificant bolt? What a delusion!

I accepted my destiny and so I was cut, melted, lathed, milled, smoothed and, in the end, polished, as I known it would happen, then they undergo me another time to hundreds of quality controls and only when I passed all of those brilliantly they decided to give me a name, RB12 etc – Johnny for you – so I became the bolt that I am. What more can I say? I shined, I had a beautiful silhouette and I found so much comfortable the drawer where they place and lay down me, after upholstering me with a package made just for me. I liked me, I was a very beautiful bolt, but this condition didn’t fit me very well yet, so I tried to distract myself watching the work of the humans in the plant. And so, one day, I understood.

When I watched all of those men moving around me and working with their neat blue uniforms, indeed, I gathered the big passion that animated every single little gesture almost ritual, a passion which burn every one who choose to divide his life with the motor sport, from the first of the world champion pilots to the last of warehouse workers, it’s a passion that become abnegation, sacrifice, obligation and pride, big pride, when one is aware that his own work created something able to move emotions in billions people around the world, creating histories, after all about great sport and then about success.

Watching them and become part of their world, a world of maniacal attention about every single detail, as the thickness of any of my threads, looking them being depressed if something went bad and make a big later to repair it, but also screaming full of joy all together seeing those gorgeous single-seater winning and scoring points, at last, explained me the meaning of those words which seemed to me empties, abstracts and without a real bond with my life of a piece of metal first and a bolt later: an organized system, that is my racing team, who pursued a target, scoring a point or win the championships, is more than the sums of his single parts, that is every people who work there at every level, and that every single part contribute to

the achievement of that target not only with his inherent characteristics, pilots with their velocity or engineers with their technical solutions, but with this characteristics added together with the value of the interactions with the other parts, that is the single talent count much even more when is added to the other’s talent to pursue the common target. So I understood that I, Johnny the bolt, count not only for the quality of the steel which I was made of or for the precision of my thread, but also and especially because this characteristics allow me to be put together to a suspension, a very important element designed to be part of a Formula One single-seater’s chassis, which will be able to guarantee victories, rewarding the work and the passion of many people.

And of this, me, Johnny the bolt, I’m proud.

Every year, a Formula One racing Team like Red Bull Racing design, produce and inspect, with his partners, over one million parts, from the big chassis shape to the most little bolt, all of those with the same attention, at the same time maniacal and devoted, for the detail, in order that the common objective would be achieved: to win and to add winning chapters to our motorsport stories.

Formula One is, therefore, the sport in which even the story of an humble bolt contain emotions. That’s why we love it. 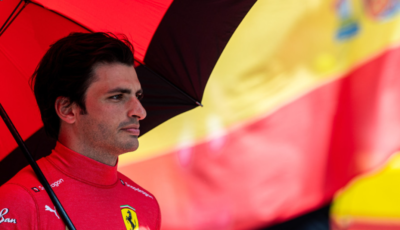 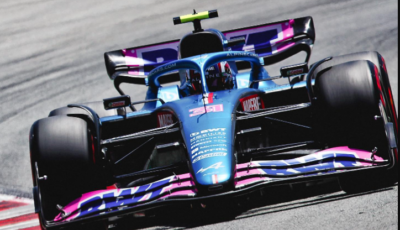 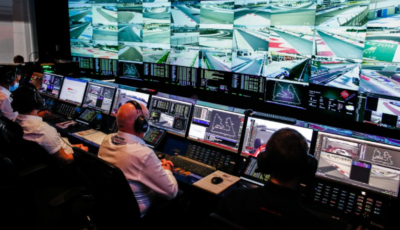 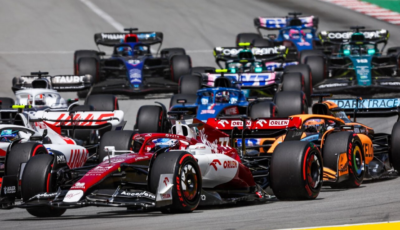 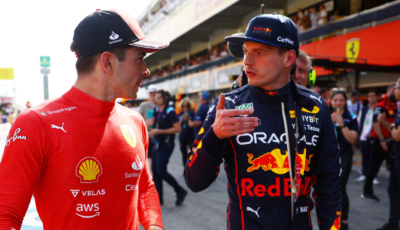